Down Under Diaries: ISIS & the Ends of the Earth

Leo and I had a wonderful time at our last events in Australia. One team of six people came for the dreams workshop to learn how to interpret dreams for evangelism. They are going to practice all they’ve learned together, mastering the skill of dream work. Once they are fluent in the picture language God speaks at night they’ll head to the New Age fair near them and set up a “spiritual reading” booth to help people translate God’s messages of love and encouragement to them through their visions of the night. Awesome!

I was excited to receive the following report from one of these wonderful women. Her name is Sharron and I’ve asked her to share her powerful dream testimony in her own words… 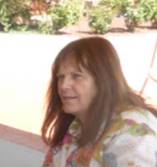 We went to the Town of Young for three days of teaching on Dream Interpretation by Charity Kayembe which was amazing. After the Saturday session I went home to my town, Temora, and slept that night and had this dream. In the dream I seemed to be by the sea where there were boats moored, as I looked I noticed it was getting stormy. I was standing on shore there was a man he was of dark complexion with dark hair and I could feel him watching me. Next I looked and saw there was a sign and as I looked at it the sign spun quickly downward and then I saw it was ISIS my heart raced. In the dream I reached and turned it back quickly to the way it was before and felt relieved that the ISIS sign was now gone, then I awoke from the dream.

On Sunday morning I shared my dream with my friends on the way back to Young for our final lesson on Dreams from Charity. Although we didn’t understand how terrorist activity could be taking place in the tiny rural town of Young, my friend Louise felt the dream was prophetic and we honored the message and prayed for supernatural protection and the plans of the enemy to be foiled.

The following day the news story broke of a man from the town of Young who had been arrested by the name of Haisem Zahab, 42 involved in “researching and designing laser warning devices to help warn against incoming guiding munitions used by coalition forces in Syria and Iraq” and helping ISIS develop its own long-range guided missile capabilities. He has been charged with terrorism offenses which carry the maximum penalty of life in imprisonment.

When I heard this I immediately thought of my dream. I then realized that the man had been stopped just like in my dream! As I had quickly turned back the ISIS sign, the man was captured before his mission was completed. The deeds of darkness were exposed by the light of our intercession. I now see how my dream was prophetic, even down to his appearance. Truly our God is an amazing God!

The Ends of the Earth
We are now in New Zealand and it is beautiful. God really showed off when He created this country, and the Kiwis themselves are equally lovely! I am co-leading seminars with Mark & Miriam

Holloway of The Freedom Diaries and we’ve especially enjoyed this weekend’s event, a workshop outreach to the community.

Instead of a church building, we met in a public community center and the event on hearing from God was well advertised outside of the local church, including an interview with the local newspaper. Our prayer was that God would bring all of those who were hungry to connect with Him and that they’d meet the Lord in a personal way.

It was an honor and blessing to show them how simple it is to translate the language God speaks at night and they quickly began receiving downloads from heaven. We had a wonderful response as many were deeply touched and even moved to tears because of the special message God whispered in their heart through their dreams.

Today we are in Invercargill, which is actually almost to Antarctica (!) and is the southernmost city in New Zealand. We learned that it is also the city that is furthest from Jerusalem, so is indeed the “uttermost parts of the earth.” It’s exciting to be a part of what God is up to in this part of the world!

On the Road Again

After this evening’s service we begin our journey northward. Thank you for sending angels of protection to surround us as we travel all the way up to the top of the country, the Bay of Plenty, in the North Island for events there next weekend.

We are grateful for your love and prayers for us, anointing on the ministry, and blessing for everyone we speak to. God is moving and your intercessory support is such an important part of everything He’s doing. You are a blessing! 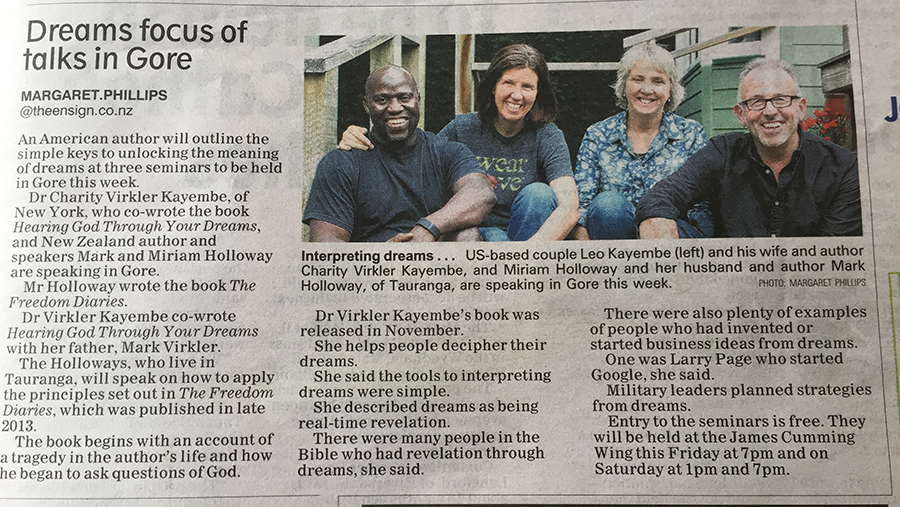 Are ALL Dreams from God?