Initiative – Should I Take It?

One of my favorite comments from a reader on the angel series was “This blog is priceless and makes heavenly encounters more about lifestyle, and the kingdom of God habitational rather than visitational…”

I loved that. Just the idea that it doesn’t have to be “encounters” or “visitations” where angels come and go. They’re always with us! We can always take the initiative to step into that realm and live into the kingdom reality anytime we choose.

To Take It or Not, That Is the Question

But even as I typed that thought, I wondered about it. Taking the initiative. Hmm, is that right? Are we supposed to? Is it really a good thing to be doing? Because one of the big verses we want to always be living is John 5:30. Jesus said He does nothing on His own initiative, but only what He sees Father doing. And that’s what I want too! Oh man, I don’t want to go against that verse. I shouldn’t be taking the initiative.

But then I thought, that’s actually one of the questions some people have when they’re first introduced to the 4 Keys. We teach about “priming the pump” and your taking the initiative to picture yourself with Jesus, in a Bible story or by the Sea of Galilee (since John set the scene for his vision in Revelation 4).

Okay great. Then we are supposed to take initiative.

We either definitely should, or else we most certainly should not…

After praying into this, I finally came to an understanding that it is all at once completely both. Because if I don’t take the initiative and step into the spirit realm and picture Jesus and see Father and find out what they’re doing and saying, then I’m going to be forced to take the initiative with every single other thing I do and say for the rest of the day. That’s it. Every thought, I’ll have to initiate. Every action, I have to decide what I’m doing. Every single thing I say, I need to come up with all by myself. My initiative.

However, if I simply choose to take the initiative to do one thing – to step into the spirit, to look for vision, to listen to heaven – take the initiative to live into the spirit realm, that’s it! Then that’s the only initiative I need to take. Because I’m in that place of looking and I can see what Father’s doing. I’m in that place of listening and I can hear what He’s speaking. And then I can imitate it and model it and live like Jesus did – only being moved by Father God.

The choice is either don’t take any initiative to step into the spirit and then initiate five hundred other things the rest of the day, or just take the initiative to move into the supernatural realm to begin with and live out of the divine initiative I experience there, practicing His presence all day long. Either way I’m taking initiative. But I think one of these is the more excellent way.

What Not to Do

We are often much too passive in our walk in the spirit and relationship with God. We put it all on God and say,“Well IF He wants me to see or hear then He should just knock me off my feet with a blinding light like Saul. That’s the way He did it in the Bible!”

Obviously God can do that, but I’m not sure 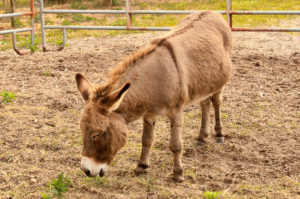 that’s the ideal we’re going for. God can also make your donkey talk to you, but again, I don’t feel like these scriptural examples are anything we’re really wanting to emulate. I think they’re examples to be sure, but really, they’re showing us what not to do.

God needs to blind us for three days in order for us to get His message? Or if I’m a prophet, and my donkey has more spiritual discernment than I do, I think I need to reconsider my vocation. These stories just do not put these guys in the best light!

Imagine that my best friend never calls me, but I always call her. I’m always the one texting her, I’m always the one inviting her for get-togethers, but she never returns the favor. Well, are we really that great of friends then? That kind of one-sidedness doesn’t seem very healthy or quite right at all, does it? Isn’t there supposed to be some mutual reciprocity in the initiation of conversation and interaction and relationship?

Or what lover doesn’t want to be pursued? Sure, you can play hard to get for a while. But eventually, even the pursuer wants to be sought after and desired. God has feelings, too. He wants to be pursued, too. He likes to be desired. Sought after. It pleases Him when we take the initiative to interact with Him. He wants us to seek Him and find Him while He may be found (Isa 55:6).

The Pleasure of His Company

I don’t know if that maybe sounds a little strange somehow to us, to picture God having feelings and them being affected in that way by us. I absolutely loved what Dutch Sheets shared on this topic in his book, The Pleasure of His Company.

He does a word study about the meaning of “rejoicing” and says “There’s a new description of heaven for most of us – a happy, playful, skipping God with His happy, frolicking angels! Some will think I’m insulting God’s dignity by ascribing to Him human emotion and celebrative actions. Let me assure you that this is not my intention. I don’t for a moment believe He acts like us – I believe we act like Him!

“We were created in God’s image and likeness. That means we have emotions because He has emotions: We love because He loves, laugh because He laughs, cry because He cries, and dance because He dances … God is fun, cool, ‘real,’ and will be the life of heaven’s party.”

God cares. What we do and don’t do influence His emotions. He wants to be pursued and sought after, which means He wants us to take the initiative! There’s a definite proactive feel to this entire passage. Yes, He wants to be found by us. But how can God be found unless someone is seeking? How are we going to see Him unless we are looking?

We know that we’re supposed to seek first His kingdom. It’s a heavenly kingdom. And seeking has a lot to do with seeing. So look for His Kingdom. Where is it? It’s all around us (Matt. 10:7).

Where Do We Look for God?

So where are we going to look for Him? Well, He’s a Spirit (Jn. 4:24). So the best place to start looking for Him would be the spirit realm.

How do we seek Him in the spirit realm? By taking the initiative to prime the pump. To step into the supernatural world and actively look for vision rather than wait around for a blinding light to knock us to the ground. To actively initiate a conversation with angels rather than wait around for our donkey to start telling us about the angelic vision he’s seeing in the spirit realm.

What Does the Bible Say? 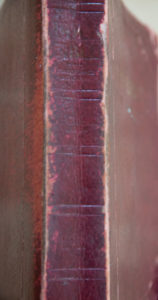 James said “Draw near to God and then He’ll draw near to you” (Jas. 5:8). He didn’t seem to think taking the initiative to engage the supernatural was a problem. In fact, he said that’s the secret.That’s HOW to get closer to God! Go after Him. Draw near to Him. Meet Him where He is, where He lives.

Into and Out of

So next time we’re tempted to wonder if it’s okay for us to take the initiative and prime the pump, or if it’s okay to picture the truth that Jesus is with us, or to look for the angels the Bible promises have been given charge over us, let’s remember that this is the kind of initiative we’re supposed to be taking. Decidedly intentional and on purpose, we choose to live into the spirit realm, knowing that’s the only way we can ever begin living out of it.

Updates from Our Sacred Supernatural Tour Down Under!

What precious gift can we give to a God who has everything?

What are Kingdom Emotions and why should you care about them?

Why it has never been God versus satan.

How holy feelings guard and protect us spirit, soul and body.

The enemy’s strategy is so subtle we may not even realize what’s happening.