So About Your Wings…

Obviously my angels can appear to me however they want. Sometimes we see angels in their full knock-me-on-the-ground glory and other times it’s so subtle we don’t even realize they’re not human beings (Heb. 13:2).

Usually my guys go with the latter, and because of this I don’t see feathers, which of course is totally fine by me.

Even though I don’t care at all either way, I did try teasing them about it just for fun. “Oh man. Of all the angels in all of heaven, I get assigned the wingless ones? What’d you guys do, miss the line when they were handing them out?” 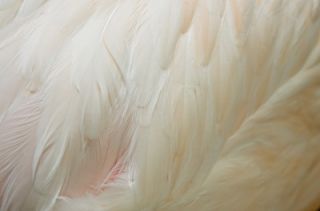 They just smiled knowingly at each other, looking like they were trying to decide if they should let me in on their secret.

Now around this same time, I’d also been giving them a bit of a hard time about the execution of their guardianshipresponsibilities.

I’d say things like, “Guys, are you even actually protecting me? Are you even paying attention? You’re having way too much fun. Shouldn’t you be carefully watching out for my physical safety and wellbeing here?”

The impression I got back from them was, “We have people for that.”

(With the idea of “people” being some other, presumably more responsible, angels.)

After all of that, they decided to kind of flip a switch and turn on the houselights. It was like we’d been under a spotlight, but now it was bright all around us. I got to see a lot further out into the spirit realm, and realized that we were literally surrounded (not unlike 2 Kings 6:17).

Angels – of the winged variety, I might add – were standing at the ready. They were definitely paying attention! And rows upon rows of them went on as far as I could see in every direction.

I said, “See guys, now that’s what I’m talking about. That instills confidence!”

Of course I knew that there are way more angels around than I see every day. I love that they’re called an “innumerable company” (Heb. 12:22). When the Bible uses terms like “myriads of myriads” (Rev. 5:11), you just get the feeling there are more than enough angels to go around. They’re not being rationed out, so I don’t need to be afraid they might not be around when I need them.

This is God’s Army. And they’re protecting God’s kids! They see that as the honor of a lifetime, and they’re not about to screw it up. Which means I can rest assured knowing these guys, who are bigger and faster and stronger than I am, are on the case. And that frees me up to not have to worry… about anything, really.

I didn’t hold it against Pojes and Shobis that clearly they’d been holding out on me that it took them so long to finally introduce me to their friends. And I just realized, yet again, that they were absolutely right about everything they’d said.

Turns out they really do have people for that.