One of the many exciting things we discover as we explore Scripture are all the different ways God intends for the angelic realm to intersect our everyday lives. While we most often think of angels in spiritual warfare or protecting our physical well-being, the Bible reveals God has created them to do so much more than that.

Hebrews 1:14 explains that angels are ministering spirits sent to serve those who inherit salvation and we looked at several of the various ways they assist us during a recent Sunday morning service at Christ Community Church in Camp Hill, PA. You are welcome to listen to the podcast here.

God is the same yesterday, today and forever, and how He worked with angels in Scripture is a precedent and prophetic promise for how He wants to use angels in our lives as well (Heb. 13:8). We know these things were written as examples for us, to instruct us (Rom. 15:4). The Bible is not a book of old stories; the Bible is meant to be lived!

By all means not an exhaustive list, we specifically examined 15 Ways Angels Minister to Us, including delivering heavenly revelation (Rev. 1:1) and supernatural provision (1 Kings 19:5-8), as well as partnering with us in evangelism (Acts 8:26-40).

We talked about the “matchmaking angel” instrumental in bringing Isaac and Rebekah together (Gen. 24:7), how angels can encourage and comfort us (Dan. 10:18-19), and how even Jesus Himself was strengthened by an angel (Lk. 22:43). Jesus is our model and perfect example. We know our lives are supposed to match His, which means that we, too, should expect to receive angelic ministry (Matt. 4:11).

One of the extraordinary revelations we discovered is how angels can actually be carriers of God’s power to us, even playing a role in physical healing (Jn. 5:4). In fact, we’ve been receiving amazing reports testifying that Father still loves partnering with His angelic hosts, and with us, as we all work together to release His Kingdom realities and miracles into our world.

For example, Ann sent me the following message: “I had a family member going through a serious health challenge. In my two-way journaling, God gave me Scriptures to stand on and I was praying for this person. You had just shared with us about angels, how they are always with us, and the role they can play in healing. You taught us from Hebrews 5:14 that the mature through practice have their senses trained to discern, so we just need to practice looking into the spirit to see the angels who are there and discern them. The more we look, the more we’ll see.

“So I looked into the spirit realm and saw a picture in my heart of huge angels standing guard around him in the hospital room. Praise God! Immediately after praying into that vision and agreeing with all God was doing through His ministry of angels, my relative had an absolutely incredible turnaround.

“We had been told he would not survive, and if he did, he would not be able to function and end up in a nursing home. After the angelic intervention, he was healed and right away able to not only breathe, but speak on his own! A miracle!”

The Power of Testimony

Yay God! I was thrilled to hear this and so on my training DVDs, I included her testimony as a contemporary example of this biblical principle. But then I received an email from Susan and realized that was only the beginning! She had heard Ann’s testimony and knew that if God did that for Ann, it was a prophetic promise of what He could do in her situation as well. Here is Susan’s remarkable story:

My friend’s sister, Beth, was working at an all-night gas station. She was waiting on a customer at 3:00 AM. She had a major seizure. She had never had one before. She then hit her head as she fell. The man she was waiting on rushed to her aid as her airways closed. This man was a neurologist! He came to PA for a short time from about 900 miles away, and was there right when needed. How marvelous is our God?!

They called the paramedics (who provided excellent care, too). Rushed to the hospital, they found due to the head trauma from the fall, brain bleeds and swelling of the brain. She was ventilated because she was not able to breathe on her own. She was placed in an induced coma. 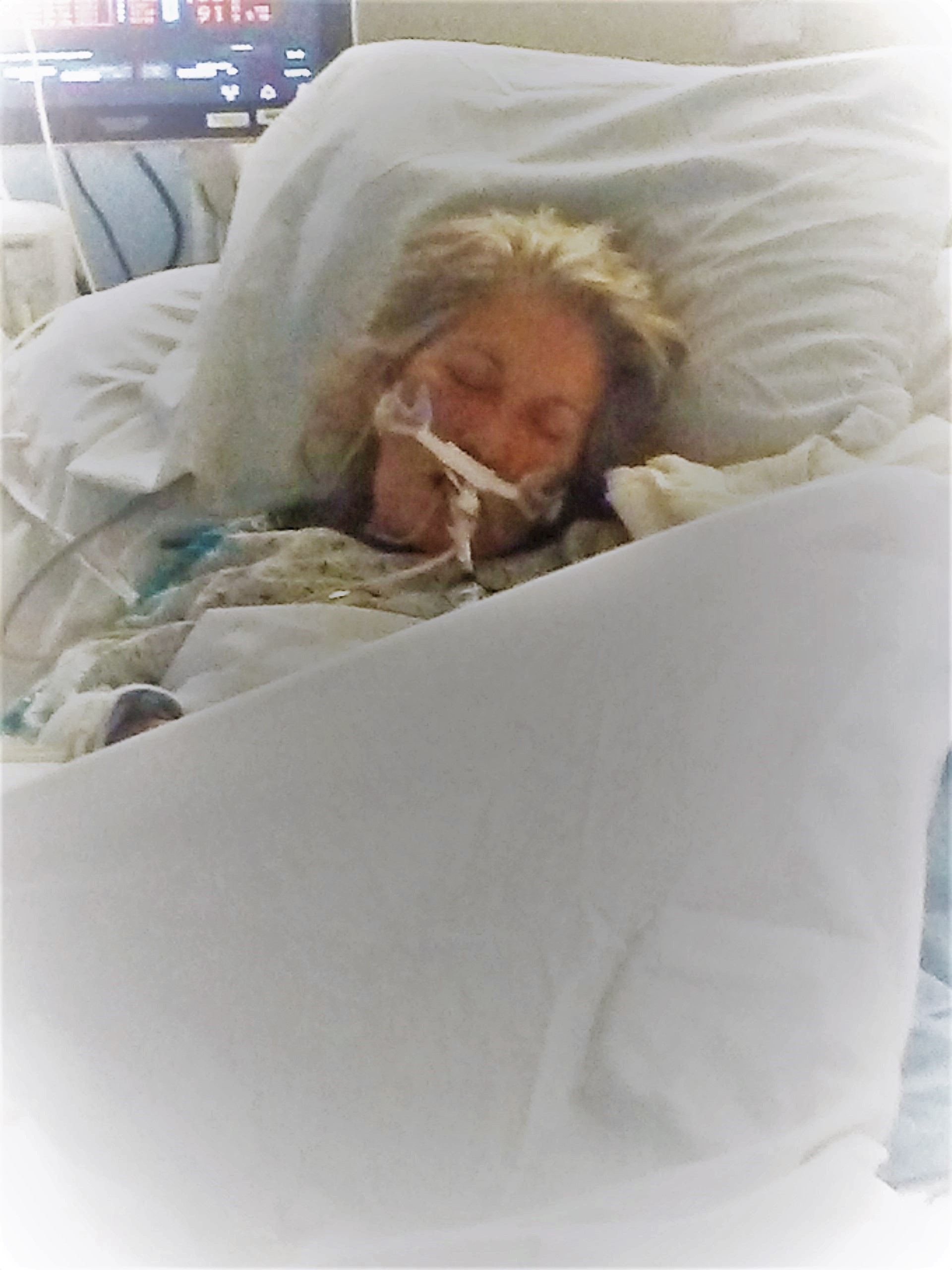 As the week wore on, they were very concerned that she still was not responsive or breathing on her own. Then she developed pneumonia. Gradually she was in and out of consciousness. Progress was not taking place. Doctors and nurses seemed concerned as they worked tirelessly on her care. Many people were praying.

On Friday, I was watching teachings by Charity Kayembe on the angelic realm, Everyday Angels. She told of a medical case that in many ways paralleled the case of my friend’s sister. She told how angels were there and how the lady named Ann had partnered with the angels and “prayed into” bringing a healing. The person had a miraculous recovery.

As soon as I heard that testimony, I began praying for this to be so with Beth. I praised God for His healing angels. Immediately, I saw a vision of an angel in her hospital room. Then as I looked over toward the hospital bed, I saw another angel. He was leaning over her. He began to make adjustments on the machine and moved a tube in her chest area. It was as though he reached inside of her and made the changes. Then he placed his hand on her upper chest. Everything turned bright white except for skin tones and hair color. The vision ended.

I immediately texted my friend and told her to pray into the vision and come into agreement with it. Praise God!

Within hours Beth was off the ventilator and fully aware. She was now breathing on her own! By the next morning, within just 24 hours, she was up and sitting on a chair and talking like her normal self. By Sunday, she was walking in the hallways. Total turnaround! Total miracle! 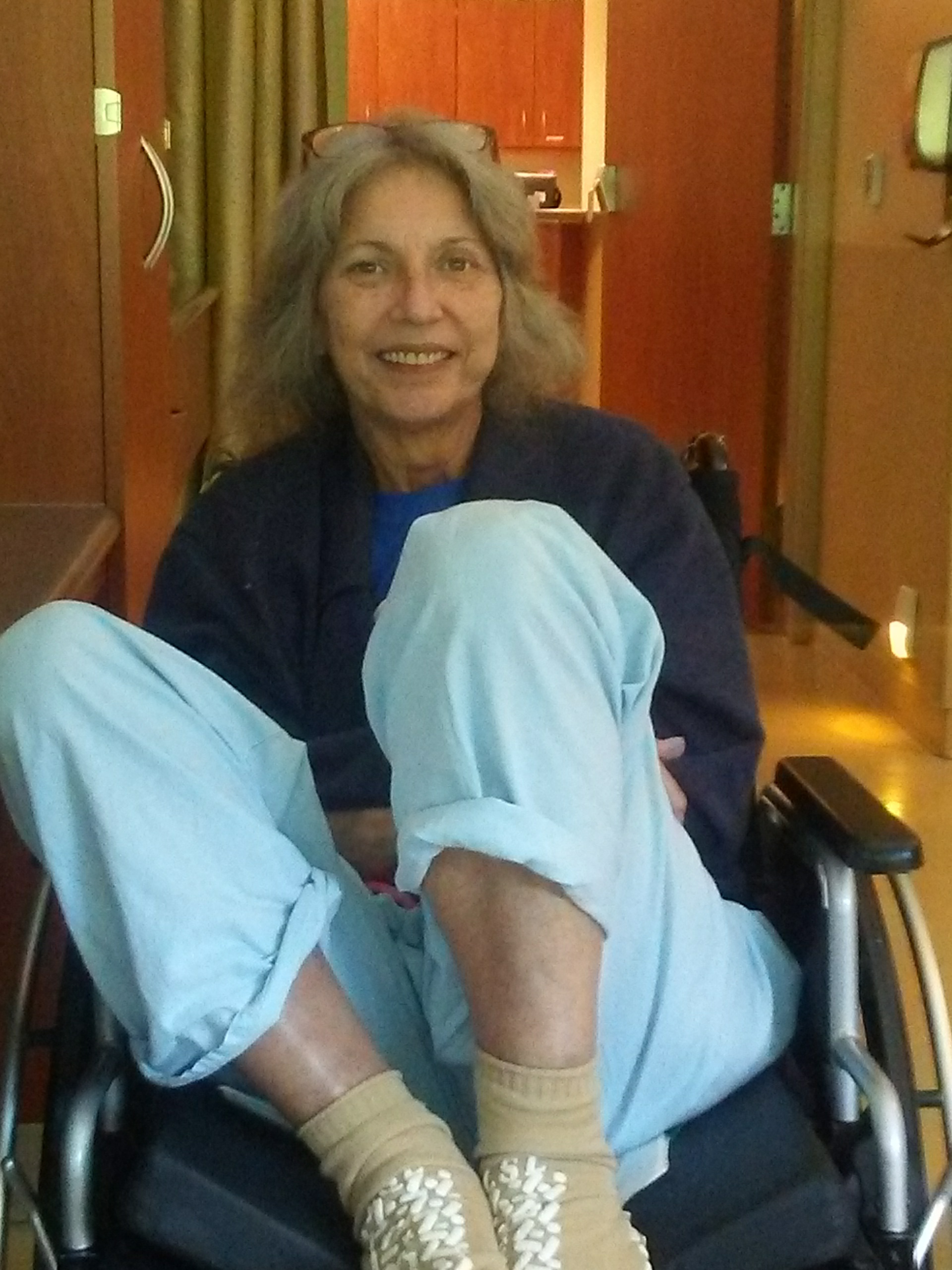 When you absorb all that He did to lead up to this miracle and all the pieces that flowed together, we have to bow to His grace and praise Him. How awesome God is, His timing and His perfect ways. It is an honor to partner with Him and give Him the glory!

Hallelujah! Indeed, the testimony of Jesus is the spirit of prophecy and what God did with Ann and Susan He absolutely wants to do in your life as well (Rev. 19:10). As we renew our minds to God’s perspective by reading His Word and seeing all the ways His children worked with His angels in fulfilling His Kingdom assignments, we realize there are incredible missions just waiting to be accomplished.

All of the promises are available, but we must give our “Amen!” to Christ’s “Yes” (2 Cor. 1:20). The heavens are the Lord’s, but the earth He has given to the sons of men (Ps. 115:16). It is our responsibility to make our part of earth look just like Heaven. And one strategic way we do this is by partnering with the angelic company Father has assigned to us. Co-operating and co-laboring together in the Great Co-Mission, releasing God’s perfect peace, presence, and power to a world in need.

On earth as it is in Heaven!

Join us in person for one of our upcoming workshops!

Angels, the Christmas Story, and YOU!

The Angel in Shanghai

Amazon delivery or an angel from heaven?