If we are so powerful and have such tremendous potential to move mountains and live the abundant life, why don’t we experience it more often? When we struggle and don’t see the victory the Bible says is ours, we try to explain that. One common excuse we give is that it must be satan. He’s attacking me and that’s why I’m sick, that’s why I’m defeated, that’s why this bad thing happened to me.

We say it’s the devil’s fault, but really we give him far too much credit. He doesn’t have the ability to do all the things we blame on him. Likewise, we call natural disasters “acts of God” and again we assign blame to the wrong place.

When bad things happen in this world, it is not really satan’s fault, and it sure isn’t God’s fault. It’s on us. These things happen on our watch, and it is because we’ve let them. Earth is waiting with eager expectation for the revealing of the mature sons and daughters of God (Rom. 8:19). Creation itself has been subjected to futility as a slave of corruption and is anxiously longing for the freedom of the glory of the children of God (Rom. 8:20). The world waits on us.

Let’s examine carefully what Scripture has to say about us, as well as our enemy. Obviously evil and satan exist, however, they really shouldn’t have much influence in our lives. This is the crux of the problem. We see ourselves as small and satan as big and powerful. He’s the scary giant and we’re just the little guy he’s always picking on. Poor us!

We have this fatally flawed picture of spiritual warfare, that it is somehow God versus satan, good versus evil, heaven versus hell. To imagine that there is some type of duality or equality in the rivalry between God and satan is obviously a skewed version of reality which does us an extraordinary disservice as we seek to live in Christ’s resurrection power.

Instead, we must see God for who He is. God is the Uncreated One. He is omniscient, He knows everything. God is omnipotent, He has all power. God is omnipresent, He is everywhere all the time.

Satan is none of these things. He doesn’t know everything, he is not powerful and he’s certainly not everywhere at all times. We would never ascribe these qualities to Gabriel or Michael or any other angel. But we have been deceived into inadvertently attributing such a God-like nature to satan himself.

We must get on the same page with God on this and see our enemy for who he really is, as Scripture describes him. As my friend Dr. Jim Richards says, satan is an unemployed cherub. That’s the revelation we need to understand and the biblical picture we must wrap our hearts around.

Hebrews 2:14 tells us that through His death, Jesus rendered the devil completely powerless. Satan is thoroughly defeated and any power he did have was voided when he was disarmed at the cross and made a public disgrace as Jesus triumphed over him (Col. 2:15).

In fact, the current state of our enemy reminds me more of the Wizard of Oz than anything else. In the original black and white version of the film with Judy Garland, everyone was terrified of the Wizard. He was known for his huge size and loud, menacing voice and Dorothy and her friends were very afraid to meet him. 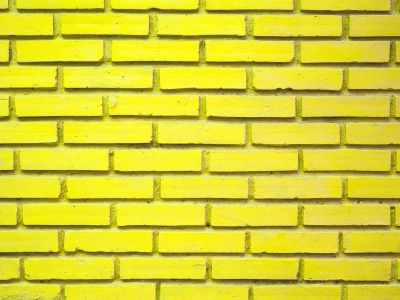 They gather their courage and at the end of the movie face their fear and have an encounter with the Wizard of Oz himself. However, what they find is not a big scary threat. Rather, the Wizard turns out to be an extremely short man behind a curtain using light and shadows to project a large image of himself. Furthermore, they discover he has such a quiet, squeaky voice that he must use a megaphone in order to even be heard. When they see the Wizard for who he really is, they realize he was never any threat to them. It was all just smoke and mirrors. It was just a great deception.

And so it is with satan.

Isaiah 14:14-16 records satan’s rebellious diatribe right before he was kicked out of heaven, as well as the Lord’s response it:

“I will ascend above the heights of the clouds;
I will make myself like the Most High.

Nevertheless you will be thrust down to Sheol,
To the recesses of the pit.
Those who see you will gaze at you,
They will ponder over you, saying,
Is this the man who made the earth tremble,
Who shook kingdoms?”

When we see satan for who he is, we’ll wonder why we were ever so scared of him in the first place. Is this the one who made us tremble? Is he the one who made us shake? We’ll finally understand that the only weapon he ever really had was words. That his power over us was an illusion and his authority in our lives was just a deception.

Once we see satan as he really is, we will never be afraid of him again.

You can read the rest of the story in Chapter 10 of Unleashing Healing Power Through Spirit-Born Emotions or watch the entire message recorded live at Vineyard AOG: Coherence – The Power of Unity Within.

Image courtesy of thesomeday1234 at FreeDigitalPhotos.net

Beloved of God – A Valentine’s Meditation

Who are we to God? How does He feel about us?

What Is God Saying About the New Year?

Resting in Our Oneness with God

Could releasing spiritual gifts be this easy?

Resurrection Power: The Dead Are Still Being Raised!

May we all experience Holy Spirit’s resurrection power in and through our lives!