Is the title of this post something really good or really bad? I’d venture to guess most of us read that phrase and immediately pictured us as humans, bowing down and worshiping angels. We naturally make it be about us, which kicks God out of the picture, and then it turns into a negative.

It’s funny how easily that happens, considering there’s only about one verse in the entire Bible that talks about worshiping angels in a negative light. The rest of the verses on the topic are actually quite positive!

And all the angels were standing around the throne and around the elders and the four living creatures; and they fell on their faces before the throne and worshiped God, saying, “Amen, blessing and glory and wisdom and thanksgiving and honor and power and might, be to our God forever and ever. Amen.”  Revelation 7:11-12

That’s just one of several verses found all throughout Scripture that talk about angels who worship God. So I say let’s not be selfish about it, and make it be about us. Let’s realize that worshiping angels are doing exactly what we’re all supposed to be doing: worshiping God.

Throwing the Angel Out with the Bathwater

We have literally hundreds of pro-angel verses in the Bible. They protect us, they get us out of jail, they bring us messages from God, all kinds of helpful angel awesomeness. Then we’ve got one verse in Colossians that says something negative, and all of a sudden we’re tempted to throw away all that good stuff? To let fear steal away God’s blessings from us? Bill Johnson says that fear often masquerades as wisdom. Let’s not be “wise” like that. 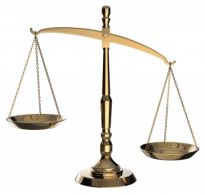 If we look at the Law of Proportion, we’re talking about one Scripture vs. three hundred. So maybe we should actually be taking all of the Scriptures into consideration together in order to get the whole counsel of God on the matter.

What? That’s just such a huge jump for me, I’m not even really sure how we got there. But when you start talking about angels, people can get some pretty funny ideas. So let’s have a conversation about all this.

Therefore no one is to act as your judge in regard to food or drink or in respect to a festival or a new moon or a Sabbath day—things which are a mere shadow of what is to come; but the substance belongs to Christ. Let no one keep defrauding you of your prize by delighting in self-abasement and the worship of the angels, taking his stand on visions he has seen, inflated without cause by his fleshly mind, and not holding fast to the head, from whom the entire body, being supplied and held together by the joints and ligaments, grows with a growth which is from God. (Col. 2:16-19)

So that’s it. That’s the big major verse that as soon as you consider talking with your angels, satan is going to remind you of. Ooh, better not talk with angels, might get deceived, might start worshiping them.

Well, first of all I hope it goes without saying that talking and playing and co-working and being friends with angels is clearly not worshiping them.

But here’s the thing: If satan can get us in fear, afraid that we’ll be deceived, worried that we’re going to mess up somehow so we decide it’s best to just not engage the spirit realm at all, then he’s already won. He just ate our lunch. Because maybe we didn’t get deceived and bow down to an angel in a vision. Instead we just let the fallen angel satan deceive us with his words and we agreed with the lies, essentially bowing down to his suggestions in our hearts.

If we’re in fear, he’s won. If we’re afraid that we’re going to be deceived, he’s already accomplished his goal. Because now we’re not even going to try to have an angelic conversation, not even going to try to interact with the supernatural. So he wins by default, because we don’t even show up. If the devil can’t get us to do something bad, then he’ll just try to keep us from doing something good.

Do you see how sneaky that is? Do you see why we don’t ever want to be afraid? Because fear is faith in satan, and it’s believing he has more power to get us than God has power to protect us. 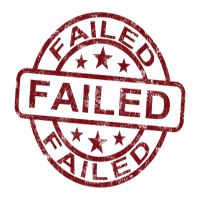 The Bible says we were slaves through fear, but that God delivered us from that when He rendered the devil powerless. As in, no power (Heb. 2:14,15).

We know greater is Jesus in us than anyone in the world. We know that we’re more than conquerors through Him who loves us. We know that Godalways leads us in triumph in Christ.

I want to live like I believe these Scriptural promises, and not agree with the lies. And while I do get into this more on the video, basically the key takeaway is that the enemy failed. He’s totally defeated. A loser.

What the Verse Is Not Saying

So what are those verses in Colossians even talking about? Well, let’s first look at what they’re not saying. They’re not saying: “You Colossian Christians, don’t worship your angels.” Because our good guardian angels will never receive our worship. They’re faithful to God, so that’s essentially a non-issue.

Instead, it’s just talking about some prideful, judgmental person that doesn’t even appear to be a Christian, since they’re not holding fast to the head, who is Jesus. And then this person worships angels. Well yes, obviously they shouldn’t do that, but there’s a ton of other things they’re doing that they shouldn’t be doing either. The whole description of this person has several serious red flags!

We don’t care what this person is saying. We don’t care what this person is doing. In fact, that’s what Paul is telling them: “Don’t let him judge you. Don’t even listen to him.” So that’s it. That’s not a stern and terrifying warning about us, as Christians, having a conversation with the guardian angels assigned to us. I hope that’s clear. I don’t want us to be afraid.

In fact, worst case scenario, what happens if we do accidentally get confused somehow and bow down before our angel? Is there hellfire and brimstone? Judgment? Or at the very least, divine disappointment over our mistake? Nope. Nobody freaks out at all actually.

I’ve heard verses in Revelation used as some kind of severe warning: “Better not worship angels. Naughty, shame on you.” What? I take those verses as promises (Rev. 19:10; 22:9). As blessings! As encouragements and confirmations and examples to me that I’ve got absolutely nothing to worry about.

Because every time it happened in Scripture, the angel just said, “Oh hey wait a sec, actually, it’s just me your fellow servant. Let’s go worship God together.” And the vision continues. No punishment ensues. No guilt or condemnation or wrath. I demonstrate this whole thing on the video, the way I see it going down in Revelation 22, but I’ll just give a quick recap.

John worships the angel, Jesus is right there and sees the whole thing play out. Does He get upset? Is He angry? What about sad? Is Jesus offended? Did we hurt His feelings? No way.

It’s almost like He’s laughing and saying, “My bad! It was ME who sent that angel to you, sorry for the mix up!”Obviously He doesn’t use those exact words, but it’s pretty close (Rev. 22:8-9,16).

We have to feel God’s heart on this. It absolutely demolishes fear if we can see this for what it is.

Here we are, worshiping angels, the worst bad thing we could do that we’re so afraid of doing we don’t even want to have a conversation with our angels, let alone interact regularly with them on purpose. So here we are, in the throes of our “most sinful sin” – and what happens next?

Nothing happens. The angel says, “Get up.” Jesus says, “Oh yeah, it was Me who sent that angel to you.” That’s it. The angel continues sharing heavenly secrets with John. Jesus continues telling him awesome and wonderful revelations and promises. Nobody’s mad. Nobody’s upset. Nobody’s freaking out.

So let’s not be afraid of our heavenly Father. It’s a kingdom of grace. And we cannot overestimate His love for us.

Not of This World

One of my all time favorite quotes is:

What Does Jesus Think?

Jesus, when asked about prayer, said, “If your son asks for a fish will you give you him a snake? If he asks for an egg, will you give him a scorpion? If you then being evil know how to give good gifts to your children, how much more will your heavenly Father give the Holy Spirit to those who ask Him?“ (Lk. 11:11-13).

So if I go into my quiet times asking for an angel egg, is He going to give me a demonic counterfeit? Do I believe He’s a good Dad who can keep me out of trouble and safe and protected? Do I think His power to keep me is bigger than the enemy’s power to get me? 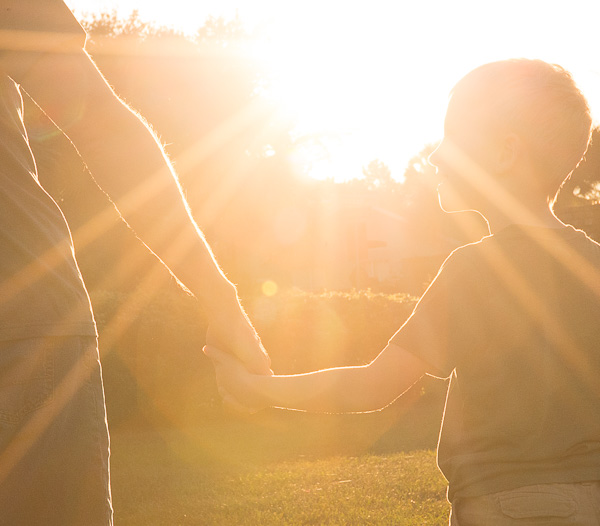 The Only Possible Way to Please God

Faith is the currency of heaven (Heb. 11:6). It’s the only thing I can give to a God who has everything. My faith, my trust, my strong belief in His strong love. I just want to make sure I give Him the credit that’s due, because if I’m in fear, I’m disrespecting His awesome Fathership in my life. I want to know and believe the love God has for me, and that’s what casts out the fear (1 Jn. 4:16-18).

He’s gotten me this far, how could I question Him and be afraid that He’s going to fail me now? We can’t trust Him too much. The work of God is to believe (Jn. 6:29).

Don’t Take My Word for It!

Back to that verse in Colossians and what it’s actually talking about. It’s about not listening to someone else who thinks they’re spiritual because of their visions. So definitely please – don’t listen to what I’ve said about my angelic encounters. By all means, go have them yourself! Go listen to your own angels!

Cut Out the Middle Man

Our ministry seeks to cut out the middle man. That is, don’t listen to what I say God says, listen to Him yourself. It’s all about training you to hear from God for yourself. Teaching you how to see visions. Equipping you to interpret dreams. Empowering you to hang out with angels. It’s for everybody. The four keys to hearing God’s voice unlock the spirit realm for all believers. Anyone can do this.

So I’m going after it. God’s protecting me, my angels are with me, and it’s an awesome adventure. And I invite you to have your own adventures with God too! Explore His spirit realm. Father and Jesus and Holy Spirit and your angels are all right there waiting for you, excited to give you a tour and share their world with you. Go meet them there.

What are you waiting for? They’re ready. The only question is… are you?