What would you do if you had been struggling with excruciating pain and no one could figure out why? You’d seen pastors and counselors and been prayed for. You’d seen doctors and specialists and been tested. All the results kept coming back normal, but you could no longer even go to work because of the debilitating pain in your body?

Well, if you’re Brian McLaughlin, you would tell your doctor you believed God was going to give her a dream in the night, and then she would know what to do! 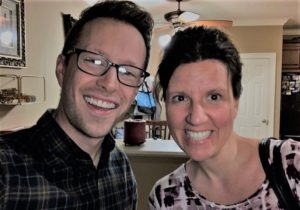 You may remember Brian, the high school math teacher and otherwise healthy young man, who received his own gift of supernatural understanding through his dreams. We previously looked at how God gave Brian a word of knowledge while he slept so he could minister effectively to one of his students. If Holy Spirit gives needed revelation to teachers so they can help their students, he was confident Holy Spirit would also give his surgeon the revelation she needed to help her patients.

What does the world begin to look like when our specialists start relying on the wisdom of God they receive through their dreams? Can we get a vision for how hearing from Heaven while we sleep can be a game-changer in every area of study and profession on earth? What happens when the best in their field combine their skill and expertise with God’s infinite understanding and knowledge?

Let’s find out as we read Brian’s extraordinary story in his own words!

Healing Comes in Many Ways

I had a set of three operations in January that were supposed to correct the leg pain I’ve been having, but they were not helpful at all. God began to show me through numbers, dreams, and my emotions that I needed to reach out to a world-famous neurosurgeon in St. Louis. I found out later that she performed the very first nerve transplant in human history. She is THE expert on peripheral nerves! She snatched up my case, and I had my first surgery (on my left leg) on July 1. It was very successful, so I went in to do the same procedure on the right leg in August.

This is where the story gets AMAZING. So when I went in to have my right leg examined none of the tests or images came up with anything. She told me she really wasn’t sure what to do, and I could tell she was very concerned. Out of nowhere, I blurted out that I believed she would get an idea through a dream. I couldn’t believe I said that out loud! I didn’t know where that came from! She is not a Christian, and she was very quick to roll her eyes at that idea.

When I left her office, I spent some time with God, and I felt like He actually wanted to give her a dream for how to heal me to shake her up a bit and use it as a way to let her know that He is real and He knows her field of medicine even better than she does. I felt like He wanted to partner with her to share even more about how to help her patients and help her heal people more effectively. I asked God to give her a dream…. After all, I had no other ideas!

I had to return to the hospital two days later. When she saw me, she froze for a moment.

“I just remembered… I had a dream about your leg last night,” she said. She stared at my knee for a while. “Can I see something?”

I agreed and let her examine me more closely. She marked a few lines on me and then stepped back and stared some more.

“I can’t believe it…. I think that would actually work. But why would I make such a large incision?” She was mumbling things to herself as she was processing this supernatural moment. She brought in another doctor to approve the technique. She told me she had dreamed this new, larger incision the night prior and had forgotten about it until she saw me.

When she performed the surgery, she ended up finding things that had not shown on any of the tests or images that had been done prior to surgery. The peroneal nerve had literally adhered to the head of my fibula, and tissue and muscle were holding it tightly in place. She emphasized just how unusual and difficult this procedure was. There was also a nerve growing through the area that is “not anatomically supposed to be there” with a nerve tumor (neuroma) at the end! If she hadn’t made this larger incision, she wouldn’t have found it! God saved the day!

When it was all said and done, she told me she felt like someone must be looking out for me, and she was clearly unable to explain what had happened. We got to pray together, and it was beautiful!

Fast forward three months and we know the dream-inspired surgery was a great success! The pain has diminished, I’m back to work, and I’ve even been able to go running on the treadmill again, something I haven’t done for a long time. I feel like a walking miracle. God is SO good!

Model of a Miracle

Praise God! Holy Spirit’s gifts are not sparingly rationed out and we see various manifestations involved even before the neurosurgeon received revelatory wisdom and knowledge through her dream. First, the gift of faith bubbled up from Brian’s heart, a natural overflow of his close relationship with God. Brian knows Holy Spirit. Brian knows that He cares, knows that He has the answers, and knows that He loves to share that revelation with us through our dreams. Then spontaneously, out of Brian’s innermost being, a prophetic declaration flowed: God would provide the solution supernaturally while his doctor slept!

It’s significant, too, how in the midst of his extremely challenging physical situation, Brian still felt compassion for his surgeon. Understandably, he could have wanted her to receive a dream from God simply for his own benefit; but that wasn’t his main focus. Did you notice that he wanted her to hear from Heaven so she would know God is real and is with her? So she would understand God cares about what she cares about – medicine and helping her patients – and that the Great Physician Himself wants to personally partner with her in her healing practice?

Brian felt Father’s heart not just for his doctor, but also her other patients too; he wanted them all blessed and healed as well! We know from Jesus’ life that compassion is the carrier wave miracles ride upon. Because Brian flows in compassion, he flows in the supernatural, and I’m so excited to share more of his amazing testimonies with you.

Our brand new book, Overflow of the Spirit – How to Release His Gifts in Every Area of Your Life, is now available! The core message is that every believer can flow in every gift of the Spirit in their everyday life. It’s filled with powerful testimonies including an entire chapter of Brian’s stories sharing how he flows in all nine gifts of the Holy Spirit in a public school! All work is spiritual and it’s so helpful to see this “Minister of Math” give us a vision for what Holy Spirit’s gifts look like outside the walls of the church.

And don’t miss our free World Premiere Video Event teaching through Overflow of the Spirit December 8-16, 2020. We’d love for you to join us! I know you will not only be inspired, but practically equipped and empowered to flow with Holy Spirit and His gifts at home, in school, on the job, and in your dreams too! 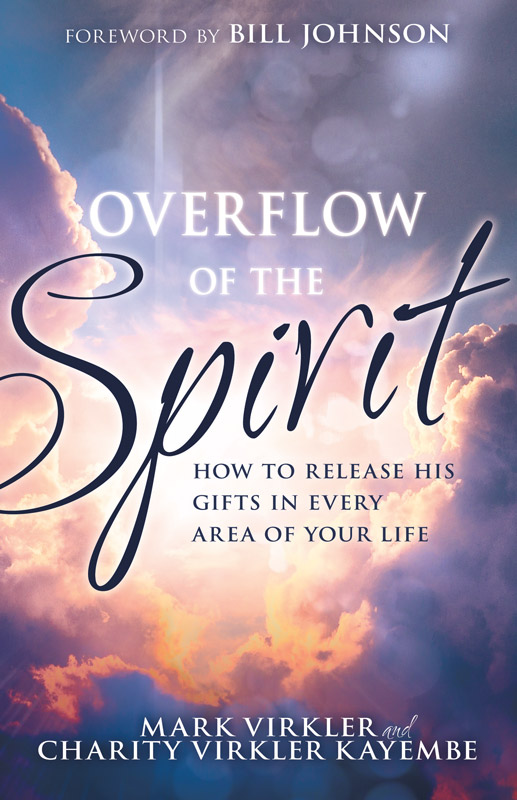 A Dream of Unforgiveness

Mundane and meaningless or a message from Heaven?

Dream Keys Podcast: A Behind-the-Scenes Look at the Making of Our App

What was the genesis of our Dream Keys app?

Reviews: What App Users Are Saying

“Brilliant! Excellent! Exactly what I needed!” Find out what users like best about our new Dream Keys app!