I have written previously on the timeless dimension, The Eternal Now of God. While it has been over four years since I originally posted that article, I continue to meditate on the revelations shared there. The more I pray into God’s perspective on time, the more freedom I feel in every area of my life. When we see what God sees, the way that He sees it, everything changes.

In the quantum and spiritual realm, time doesn’t work the same way it does in this physical world. When we live to the natural realm, we feel like we’re always too busy because we think there’s not enough time. When that is our perception, we get stressed out. We believe the illusion that time is fixed and linear and that we are under its constraints. However, the truth is that time is a created substance and was never meant to rule our lives.

We intuitively know that time shouldn’t govern us, because when someone is in prison, we say they are “serving time.” We recognize we are not to serve time. Time is to serve us. Just like Jesus said, the Sabbath was created for man; not man for the Sabbath (see Mark 2:27). So, too, time was created for man, to serve and bless us—not to reign over us. God wants to give back to us the reins of time, so we are no longer serving two masters.

Ministry Outside of Time

My friend Shannon has some amazing adventures with God and he regularly partners with angels to accomplish his supernatural missions. Because he walks by the Spirit, Shannon is continually interacting with this outside-of-time realm and he recently shared some of his observations about time. Shannon began noticing that his angels would go off to fight before he actually dispatched them. Here is his story.

I wanted to tell you about an experience that happened to me the other day.

I had a single mum call me and ask for help. I told her what God was showing me and this helped her to share the following. She had been having dark thoughts around cutting and suicide. She had not been sleeping well at all, and had her kids waking up throughout the night with demonic apparitions scaring them. I told her what God was telling me about her next moves, and I asked her if it was ok to send angels to her home. She said, “Yes, please.”

Anyway, I put the phone down and was immediately distracted by my wife as we were sitting down to watch a movie together. At the end of the movie I was reminded to pray for angels.

As I opened my mouth, Jesus intervened and said to me, “I have already sent the angels you asked for and the number you wanted.” Now, I had sent NO angels and had no number in mind. So, I said to the Lord, “500 angels.” At the same exact time, He said to me, “500 angels.”

I was stunned that as soon as I intended to send the angels they were sent, even though I never followed through by releasing them.

Outside of time? You betcha!

On another occasion, Shannon heard about a situation at a friend’s property and discerned demonic activity was the underlying problem. He told his friend that he couldn’t come himself, but he would send angels over to take care of things.

Shannon fully intended to commission some angels; however, as he hung up the phone an angel told him, “Don’t worry, we’re on our way. In fact, we’re already there! We are getting it sorted. You don’t worry about it; you focus on your work, and we’ll handle it.”

This is similar to what Daniel experienced. An angel said, “Do not be afraid, Daniel, for from the first day that you set your heart on understanding this and on humbling yourself before your God, your words were heard, and I have come in response to your words.” (Dan. 10:12).

The last example I’ll share was the time Shannon was about to pray for a girl who needed deliverance. Shannon took a breath and was just about to cast out the enemy, but before he had the chance to utter a word, he saw two huge angels lop the heads off two unclean spirits that were hanging onto the girl.

Does that mean we don’t always have to verbally activate and dispatch our angels? No, we don’t. However, we still must intend to. Shannon did not actually have to commission them; but he did have to think about commissioning them. Once it was his intention, the angels knew what to do and they did it. Supernatural communication is spirit to spirit, feeling to feeling, thought to thought (see Mark 2:8).

But Shannon’s revelation is about more than that. It is about the fluidity of time and how those in the spirit are not confined by our limited perception of it. My dad once commissioned his angel for a very important, involved assignment. But almost as soon as he had sent him off, the angel was back again. He had left, accomplished the mission, and returned, in what seemed like only a moment!

As we’ve said, there is neither distance nor time in the spirit realm. Scientifically, this can be explained through the principles of non-locality and the instantaneous nature of quantum entanglement. I have written on how our walk in the Spirit correlates with quantum physics and highly recommend Pastor Phil Mason’s book Quantum Glory: The Science of Heaven Invading Earth for more on the subject. 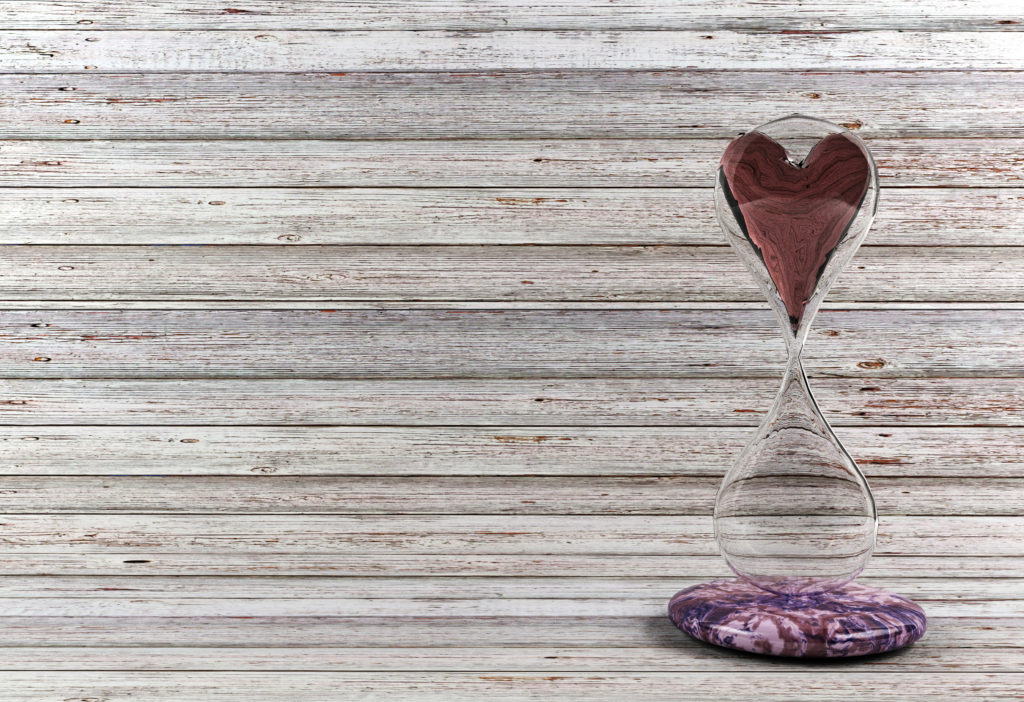 Emily Dickinson was right when she said, “Forever is composed of nows.” There is only now. There is only ever now. The eternal now of the great I AM (see Ex. 3:14). This realm of timelessness is the dimension in which angels and God live. It is a dimension we are invited to live in, too.

Once we begin living to the truth that time is not a rationed commodity in short supply, we won’t worry about running out of it. We realize that our supernatural prayers transcend time. God and His angels work outside of any boundaries or barriers of time that our narrow perception artificially creates.

An extraordinary testimony of how this works and what it potentially means for us is cited by Dawson Church, Ph.D. in his book The Genie in Your Genes: Epigenetic Medicine and the New Biology of Intention:

Another example of the power of prayer across time comes from a study published in the British Medical Journal in 2001. In Israel, Professor Leonard Leibovici took a stack of hospital case histories and divided it into two random piles. The patients in these cases had all been admitted for blood poisoning. Names in one stack were prayed for, while the others were not.

On later analysis, the group prayed for was found to have a reduced rate of fevers, shorter hospital stays, and a lower mortality rate. This kind of finding is typical of prayer studies and would not have surprised most researchers—except that the patients Leibovici prayed for had been discharged from hospital ten years earlier. The healing power of consciousness and intention appears to be independent of time as well as space. Prayer seems to work retroactively, as well as across great distances.

God knew those patients would be prayed for. Our prayers go into the spirit realm where there is no time or distance. Father honored the prayer offered in the “future” and healing was released in the “past.” The more we learn to see time the way God sees time, the more confidently we can live in a comfortable relationship with it. We will see time as something we can step into and out of and even move around, because time is fluid and flexible.

It is the eternal now of God, and He has placed that eternity in our hearts (see Eccl. 3:11). As God’s children, created in His image, and indeed members of His very own body, we are not constricted, confined, or constrained by time either. Time was only ever intended to bless us, designed as a generous gift from our loving heavenly Father.

May we all be grateful and enjoy His present!

The topic of Quantum Physics won our latest Facebook poll on subjects you wanted to hear more about, and we want to thank everyone who voted for sharing their opinion. We are listening!

For more on living timeless, check out Chapter 14 of Everyday Angels and its corresponding video session The Eternal Now of God, which are both part of a DVD package as well as a deeply discounted electronic download package. Experience more of the quantum dimension today!

Have you collapsed God’s blessings into your world?