As many of you know, I am fascinated by quantum physics and the spiritual ramifications those scientific principles have in our everyday lives. No matter the subject of a book I’m working on, I usually manage to turn the conversation towards this topic in at least one chapter! Now I’m very excited to be writing a new book that is entirely devoted to this area. The working title is Collapsing Glory – The Supernatural Science of Bringing Heaven to Earth and it combines an understanding of the Observer Effect principle with the power of Kingdom emotions to attract and collapse God’s heavenly possibilities into actualized reality in our physical world.

And this is where YOU come in! If you’ve followed my teaching on quantum physics then you know how powerful it is to see what God sees – His vision and version of our lives. When we see what Father sees, we feel how He feels, and we overflow with faith, love, gratitude, hope, and compassion. The supernatural synergy of practiced observation coupled with Kingdom emotions results in a release of Heaven’s provision as we collapse God’s miracles and blessing into our lives.

While I have personal stories and biblical examples of collapsing glory to share, I want to include testimonies from readers as well. We want to demonstrate in practical ways how entirely accessible, available and applicable-to-real-life these principles actually are. This is for everyone! So if you have successfully “observed to collapse” God’s vision for you in healing, finances, relationships, favor, or any other area of your life, I invite you to reach out. You can send us an email and include your name, testimony, and permission to use it either with your name or anonymously in an upcoming book. And if you send a photo, I’d love to include that if I feature your story in a future blog post too.

The testimony of Jesus is the spirit of prophecy and what God has done for you He wants to do again. Thank you so much for encouraging others and building their faith by sharing a bit of your journey, and to get you inspired, check out the fun biblical examples of quantum observers below. Happy Collapsing! 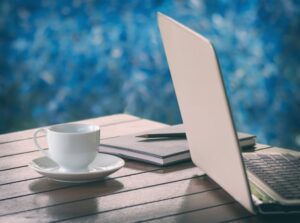 It is fascinating to discover how the Observer Effect principle in quantum physics dynamically correlates with our supernatural walk in the Spirit. We have previously explored how Holy Spirit’s baptism empowers us to be observers (Acts 1:5,8). We know that observation causes transformation (2 Cor. 3:18). So we have learned that by observing God’s prophetic promises we can collapse those blessings into our lives.

This is extremely exciting and has extraordinary ramifications on our visionary intercession and how we pray. What we want to examine today is how many of our biblical heroes employed these cutting-edge scientific principles in releasing God’s miracles into their world, and what we can learn from them. We will look at four examples of scriptural quantum observers to see what they did, why it worked, and how we can follow in their footsteps to collapse God’s glory and bring Heaven to earth.

There is a fascinating dream saga in the Old Testament that illustrates these principles. Remember the story of Jacob and his striped and speckled sheep? Jacob’s father-in-law, Laban, was taking advantage of Jacob and kept changing his wages. An angel from God came to Jacob in a dream and told him what to do about it. Genesis 30 and 31 tell us how the Lord instructed Jacob that when the strongest, healthiest animals of the flock mated, he should put striped branches by the water in front of them.

Jacob acted on the revelation from his dream. The surprising result was that when the strong sheep looked upon the striped branches, they produced offspring that were striped. The best of the animals became striped, just like the branches that had been observed. Laban had agreed that Jacob could have all the striped sheep for himself so this was how God provided a strong, healthy flock for Jacob’s own possession (Gen. 30:31 – 31:17).

Here the Observer Effect is at work even with animals, and because of it, Jacob became exceedingly prosperous (Gen. 30:43). We see then how God has created this as a universal principle. That is, similar to the law of sowing and reaping, it works all the time for everyone. Incredibly, the flock collapsed what they observed; they produced and created what they were seeing. And if this principle works for sheep, it can certainly work for you too!

What about some other biblical stories where seeing and observing proved crucial in releasing God’s promises and collapsing them into the world? Consider Abraham, our Father of Faith. He had no children but God told him to change his focus and provided a new picture to meditate on and observe.

God told Abram he would be the father of a multitude and gave him an image of his promised future: stars in the sky and sand on the seashore. Genesis 15:5-6 tells us, “He took him outside and said, ‘Now look toward the heavens, and count the stars, if you are able to count them.’ And He said to him, ‘So shall your descendants be.’ Then he believed in the LORD; and He reckoned it to him as righteousness.”

That picture created faith in Abram’s heart. He saw what God was seeing, the end from the beginning (Isa. 46:10). He saw God’s promise fulfilled, a son born, and descendants without number. Abram observed the vision God gave him and collapsed the promised blessing of Isaac into his life.

Joshua is another excellent example of the Observer Effect principle in the life of our biblical heroes. Most of us know the story of how the enemy stronghold came crashing down after the Hebrew army marched around it seven times. But something important happened even before they began their march that began to precipitate the miracle.

In Joshua 6:2, the Lord said to Joshua, “See, I have given Jericho into your hand, with its king and the valiant warriors.”

Well, at that point in time, Jericho, the king and its warriors had not been given into Joshua’s hand in the natural realm. But God told him to see it. Envision it all in your hands as already done. Observe how I have already given it – in the spiritual realm – into your hands.

Joshua obediently observed the potential and possibility, that image God gave him. And just as quantum scientific principles would predict, he collapsed it! Joshua collapsed greatness and glory and God’s promises when the walls of Jericho literally collapsed and fell down. This is a perfect picture of the Observer Effect principle in action demonstrating how when we observe the Spirit-inspired potentials of Heaven, we collapse those prophetic possibilities into actualized realities in our physical world.

We also see this example demonstrated in the life of Jesus when He fed the multitudes of men, women and children. Scripture says thousands were hungry, and there were only a few loaves of bread and some fish. We know that the food was multiplied, but there were critical steps of progression in that miracle that we can learn from and model.

Luke 9:16 shows us that Jesus didn’t look at the need; He wasn’t consumed with this natural world and its version of reality. In this world there were problems and lack, but Jesus didn’t live to this world, He lived to a different Kingdom. While the disciples’ hearts were troubled because they were looking only at the material realm, Jesus’ heart was peaceful and thankful, because He was looking at the unseen.

“Taking the five loaves and the two fish and looking up to heaven, He gave thanks and broke them. Then He gave them to the disciples to distribute to the people” (Lk. 9:16 NIV).

When Jesus was given the lunch, He did three things. First, he looked into heaven. Well, in heaven there is no lack. There is no hunger. There is no need. So Jesus saw the truth that abundance and provision were available and that there was more than enough. That was number one.

The second step Jesus took was to thank the Father. Jesus agreed with the vision and was grateful for the provision, even before the provision was manifest.

Lastly, the third and final step in the progression of this miracle was that Jesus gave bread to the disciples who passed it out to the multitudes. We see then that the food was not multiplied before He thanked Father for it; it was multiplied after. Again, to use quantum scientific terms, Jesus observed the potential provision of heaven, thereby collapsing those resources into His world.

This is a key principle for us. We can live like Jesus and look to see what Father has provided for us. When we see that picture, our hearts are filled with Kingdom emotions of peace and gratitude. We’re not stressed out; our hearts aren’t troubled, because we see the end from the beginning. We see what God sees and we are confident that we already have the requests we have made known to Him (1 Jn. 5:14-15). We observe God’s version of our situation, are grateful for His blessing, collapse that glory into our lives, and bring Heaven to earth.