How to Partner with the Company of Heaven

We know God created angels to protect and minister to us (Ps. 91:11-12). Now that we understand more about the relational dynamics of the Kingdom, the biggest question becomes how does Father want us to partner with these angels assigned to serve and assist us who have inherited salvation (Heb. 1:14)?

My good friend Shirley has a powerful testimony that beautifully illustrates how we can live tuned into the supernatural world and receive our cues from Heaven. Just like Jesus only did what He saw Father do and heard Holy Spirit speak, notice how God guided Shirley through spontaneous thoughts and anointed feelings as she was sensitive to honor His leading through her spirit. Because she was looking and listening to His inner Kingdom, aware of Holy Spirit’s peace ruling in her heart, she was able to partner with God and bring Heaven’s angelic protection to earth in her daughters’ life. Hallelujah!

Go, Angels, Go!
(Names have been changed to honor their privacy)

Today was crazy and I had to call on my angels to save my daughter’s life without knowing my daughter, Lexi, was in danger. It all started the week before when Lexi’s vehicle broke down from a mechanic’s repair mistake. The vehicle was returned to the dealership service center for repairs and Lexi was in need of a rental vehicle. After many discussions and prayers, the dealership decided to pay for a rental vehicle for her. So, off to the rental company we went.

When we arrived at the rental company, we were told we could choose from two vehicles – a Toyota or a Nissan. We chose a Toyota as we have been test driving vehicles lately and wanted to see how this type would ride. The manager came back and said the Toyota had expired tags so we were given the Nissan.

I had an uneasy feeling when I went near this vehicle, as we were walking around it and documenting scratches. I had the strangest thought that this vehicle was going to be in an accident with my daughter in it. I tried to ignore the thought but it kept coming back to me. Once we were leaving and I got into my car, I started praying blessings over the Nissan. I prayed for protection over the vehicle and anyone who was occupying it. I started denouncing anything evil hanging out around the car and told it to leave. Finally, the thought of an accident went away and I had peace.

(Charity’s note: Shirley honored those thoughts and feelings as coming from God and prayed accordingly, taking authority over the situation in Jesus’ name.)

The following day, Lexi and her boyfriend were traveling, in the rental, to a wedding in South Carolina. She texted me that they were leaving her boyfriend’s house, as she had to pick him up. After I read the text, I immediately had the spontaneous thought to send my angel, Joel, to gather his angel warrior friends and go protect her while driving.

(Charity’s note: This was Holy Spirit speaking to Shirley’s heart, inviting her to co-labor with Him. Psalm 103:20 tells us that angels excel in strength and obey the voice of the word of the Lord. Shirley was giving voice to the Lord’s prophetic rhema word bubbling up in her heart. When we speak out God’s scriptural promises and give voice to His prophetic words, angels listen and are released into action to accomplish Father’s purposes.)

As soon as I made the request to Joel, I received a call from the rental company asking me how the vehicle was doing. I told them everything was fine and the vehicle was operating extremely well. Then, immediately after I hung up, my phone rang again and it was Lexi telling me someone hit her from behind on I-95. Of course, my mom instinct went into action and I asked if everyone was okay. All were fine, thank You heavenly Father!!!

There were three vehicles involved in the accident and Lexi’s car was sandwiched in the middle. The person behind her was driving a van and had looked away for a second. When he looked up, it was too late. I-95 traffic was already stopped due to another issue so Lexi was stopped in the left lane with a guardrail next to her. She had nowhere to go. The van hit her going an estimated 40 mph and it pushed her into the vehicle in front of her (even though she had her foot on the brakes as hard as she could). The vehicle in front of her had two small children in the back and they were fine too. Again, thank You, heavenly Father!

Lexi’s rental car was totaled and not drivable. The vehicle in front of her had trunk damage and would not close. The van had a front bumper with damage. The temperature outside was in the 90’s, just to add to the situation. Amazingly, Lexi had friends who were traveling about 20 miles behind her, pull over to help them. Another miracle worked by angels. Who would have thought? Lexi and her boyfriend actually made it to the wedding on time with 30 minutes to spare. The following morning, they picked up a replacement rental car and home they came.

Bottom-line, those angels did their jobs and to our Father be the glory!! What amazed me was that I had that beginning thought of a possible accident the day before. Then the thought of sending the angels, next the call from the rental company and the accident almost at the same time. God at work doing His miracles!!

In the end, God’s angels transformed what could have been a horrible accident with loss of life to an accident where no one was hurt and everyone was able to continue on their way. So, if anyone ever asks me if I believe in angels, I will always say “YES” and my angels are a blessing in my life. Thank You, Father, for giving me angels to send in times of need.

“Are you not aware that I can call on My Father and He will at once put at my disposal more than twelve legions of angels?” (Matthew 26:53) 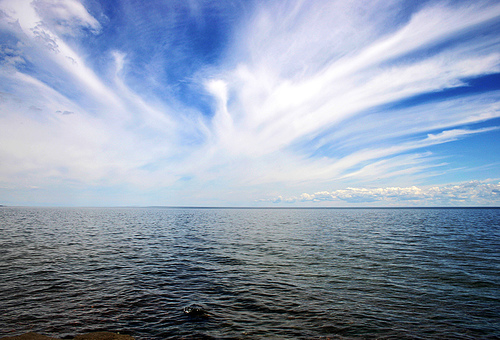 Amen to that! Praise God for His supernatural safety, His still small voice through spontaneous thoughts and feelings in our hearts, and His heavenly bodyguards assigned to guard us in all our ways. Just like Shirley, as we walk by the Spirit living with an awareness of His leadings, we too will experience more of God’s presence, peace and protection in our lives (Gal. 5:25).

If you want to learn more about these angelic armies, what Scripture says about them, and how to co-labor together with them, we invite you to check out all of our brand new resources. We have advance copies of our Everyday Angels book with BIG introductory sales and free bonuses going on now because we want to resource and equip YOU to step into the sacred supernatural for yourself.

Don’t wait. Today is your day!